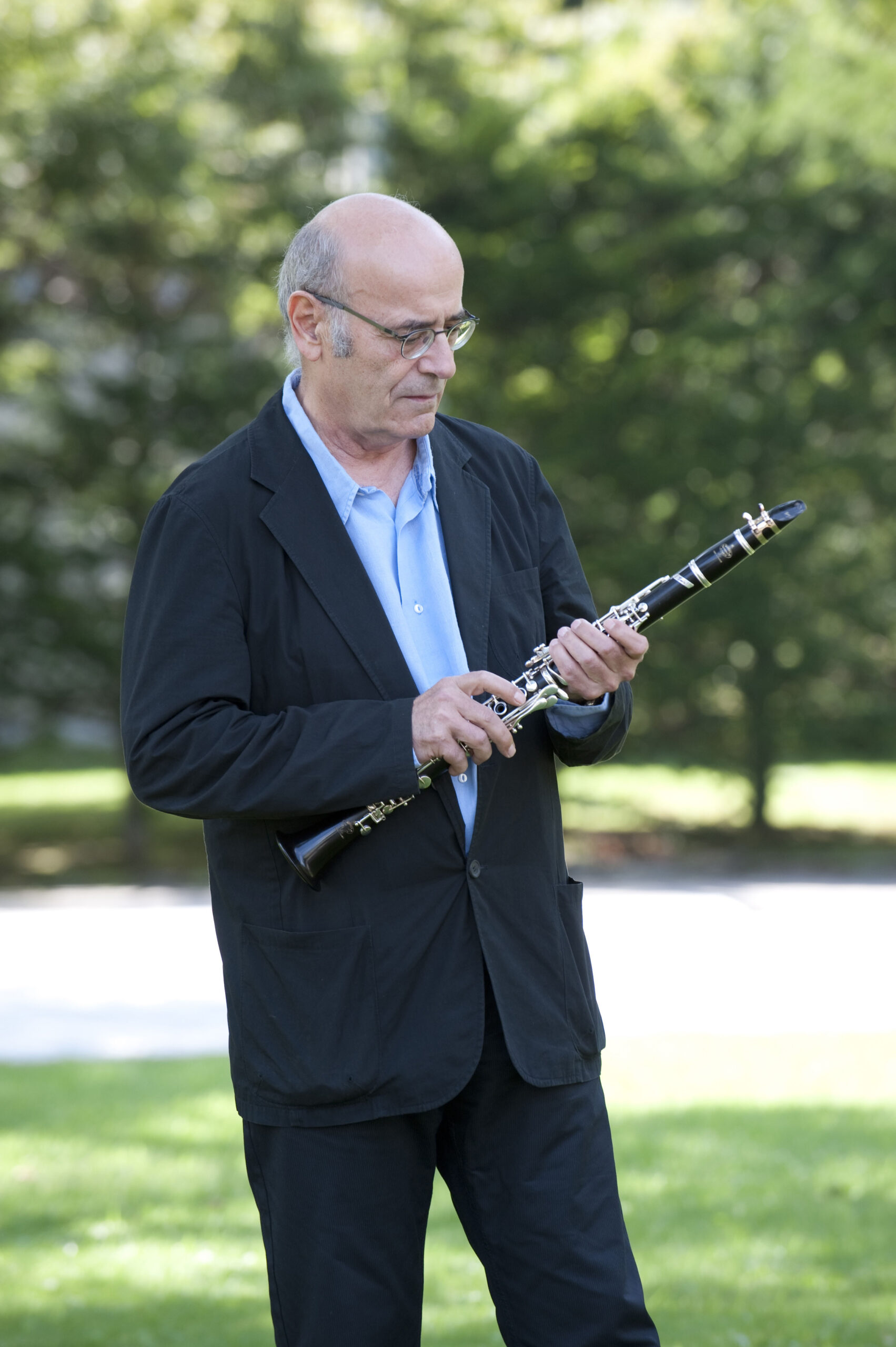 Michel Arrignon started studying at the Conservatoire National Supérieur de Musique de Paris at the age of 16 and won a first price for clarinet and for chamber music (Delécluse, Oubradous) at the age of 18. After completing an advanced course in chamber music, he left France to study in the United States (Forrest).
He won a second price at the Geneva Concours International d’Exécution Musicale at the age of 24.
Working with P. Boulez in the creation of the Ensemble Intercontemporain, he played the full 20th century repertoire and made several recordings with Boulez. After spending seven years with the ensemble Intercontemporain, Michel Arrignon joined the Orchestre National de l’Opéra de Paris as solo clarinetist since 1984 to 1989. He has played with world famous musicians, he belongs to the M. Bourgue wind ensemble and he founded the O. Messian Quartet.

Michel Arrignon has been clarinet teacher at the Conservatoire National Supérieur de Musique de Paris since 1989 to 2009. He devotes himself to teaching and to his career as an international soloist which includes concerts, master classes and sitting on the juries of international competitions.
He has been the clarinet teacher at the Superior School of Music “Reina Sofia” in Madrid since 2009 to 2019.
He is also clarinet consultant/tester for Buffet Crampon and is contributing to the development of the instrument since 1985. 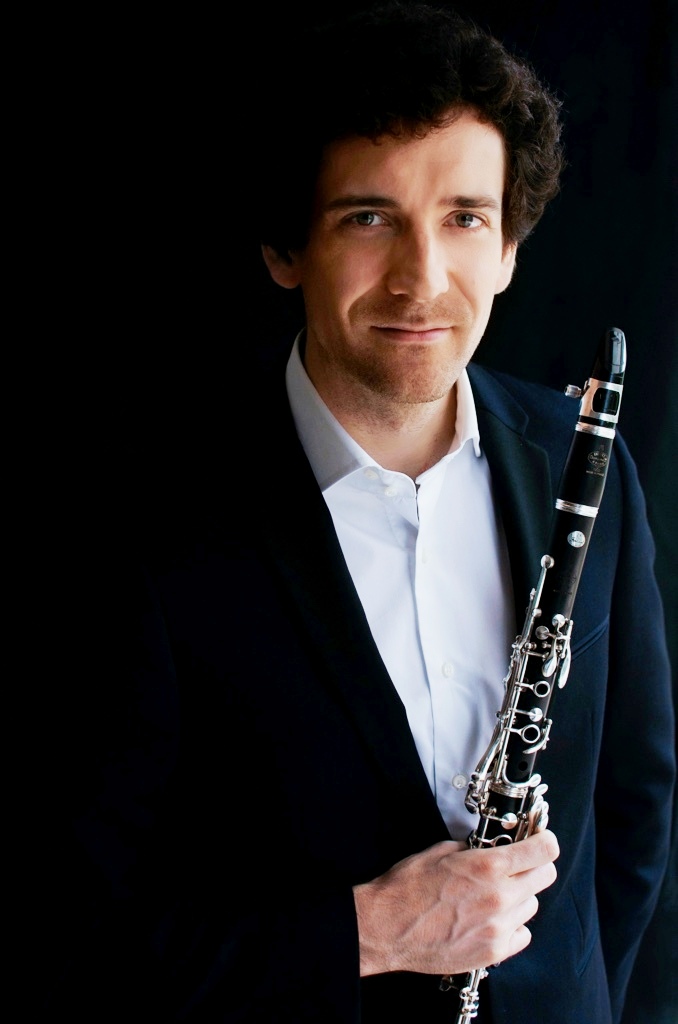 He studied, successively, at the Paris Conservatoire National Supérieur de Musique et de Danse (under Michel Arrignon and Jérôme Julien-Laferrière).  After unanimous vote, he was awarded the Léon Leblanc special prize for bass clarinet (under Jean-Noël Crocq) before beginning his final postgraduate studies.
After graduating, he won three high-level awards: the prestigious ARD International Music Competition (Munich) in 1998, the Dos Hermanas International Clarinet Competition (Spain) in 1999 and the ICA Young Artist Competition (USA) in 2001.  He was also laureate of the international prizes Carl Nielsen (Odense) and the Jeunesses Musicales (Bucarest), the Révélations de l’Adami, the Natixis Foundation, the Bunkamura Orchard Hall Award, and the extremely prestigious “Rising Star” programme, in 2004.
He has since led a triple career as soloist, teacher and orchestra musician at the Radio France Philharmonic Orchestra headed by Myung-Whun Chung, where he was appointed first clarinet in 2011. Since 2006 he has taught at the Lyon Conservatoire National Supérieur Musique et Danse.

Nicholas is an endorser for Buffet Crampon, and thus contributes to the development of the clarinet and to the influence of the école française throughout the world. 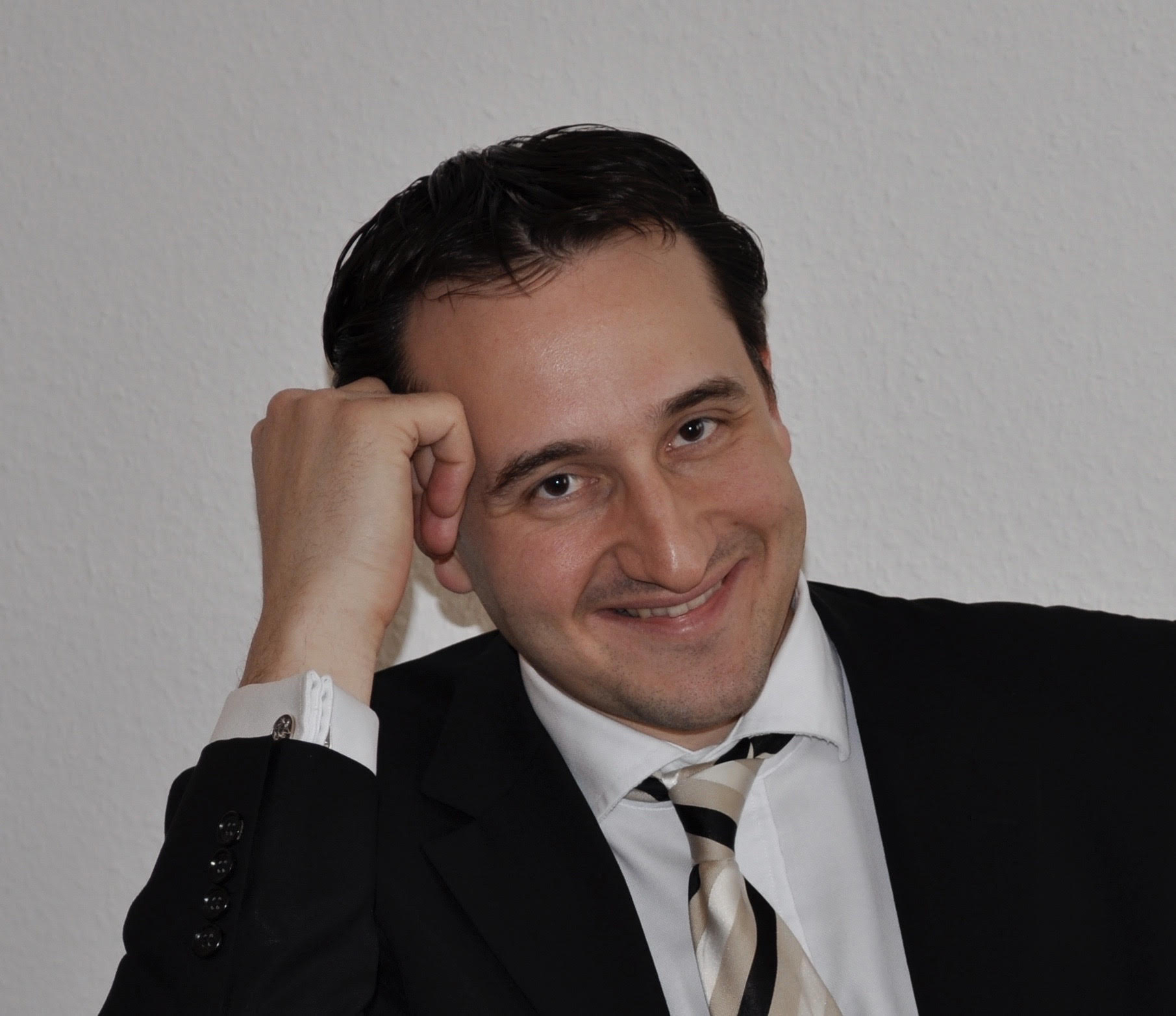 He was born in Konstanz, Germany in 1976. He studied at Staatlichen Hochschule für Musik Trossingen, his mentor was Prof. Waldemar Wandel and then at Universität der Künste Berlin, mentor was Prof. François Benda. He won scholarship of Kunststiftung Baden-Württemberg in 1994 and joined Orchesterakademie der Berliner Philharmoniker in 1996. He also won scholarship of rheinland-pfälzischen Landesstiftung “Villa Musica” in 1998. In 1999, he was assigned as the solo clarinettist at Opern- und Museumsorchesters Frankfurt/Main. He performed other orchestras and chamber orchestras. Since 2020, he is the president of German Clarinet association and representative of Germany in International Clarinet Association.
He devoted in education as well. He started his academic carrier in 2001, a lecturer at Hochschule für Musik und darstellenden Kunst Frankfurt/Main and then 2003 at Universität der Künste Berlin, 2004 at Staatlichen Hochschule für Musik und darstellende Kunst Mannheim. In 2004 he was assigned as Professor of Clarinet at Hochschule für Musik Mainz and then in 2009, professor of Clarinet and chamber music at Hochschule für Musik Saarbrücken berufen. Since 2017, he is the professore of clarinet at Hochschule für Musik und Theater “Felix Mendelssohn Bartholdy” Leipzig.
Prof. Gmeinder perform in Asia, US, Scandinavian countries and EU countries and have master classes. He is invited to many international competitions as a judge. His recordings are released by MDG, Bremen Radio Hall Records and Coviello Classics erschienen.
Clarinet; Firma Schwenk & Seggelke. 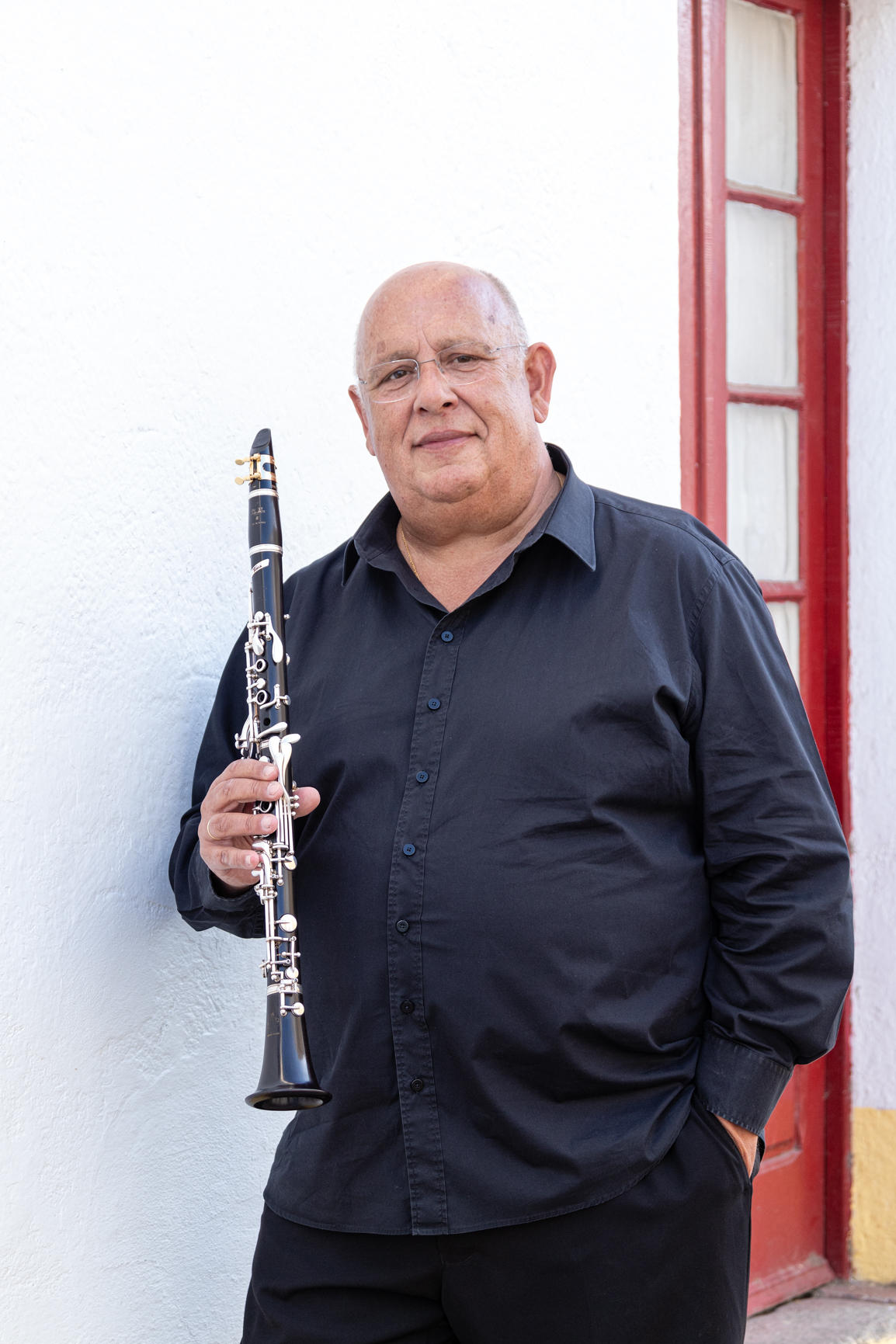 Born in Loures, Portugal, António Saiote is an artist and educator recognized worldwide.
He studied as a fellow of the Gulbenkian Foundation in Paris with Guy Deplus and Jacques Lancelot, and in Munich with Gerd Starke, where he earned a Meisterdiplom the Hochschule in Munich with distinction.
Saiote is a renowned performer who has been featured with the Gulbenkian Orchestra, Portuguese Symphony, Classical Orchestra of Porto, Régie Orchestra, Radio Lisbon and Porto, São Paulo, Shanghai, Philharmonic of Beiras, North Orchestra, Symphony Orchestra of the Algarve, and Symphony Zurich. He has also been invited as a guest soloist for numerous world congresses in the United States, Belgium, France, Sweden, Canada, Japan, Spain, and Italy.
Since 1998 he has developed a fruitful parallel conducting career, having conducted all Portuguese orchestras and other orchestras in Spain, Venezuela, France and Germany.  He is chief conductor of the Symphonic Orchestra of the ESMAE. Saiote has been invited as a jury member in a number of prestigious competitions in Toulon, Constancia, Seville, Warsaw, Caracas, Kortrik, Ghent, and Brasilia. He has also served as president of the Valentino competition Bucchi in Rome. He has been awarded the title of Latin American Clarinet Personality by the Clariperu Association, and was appointed an Honorary Member of the International Clarinet Association by a unanimous vote.
An active and noted educator, he regularly collaborates as a teacher, soloist and conductor with the Venezuelan System of Youth Orchestra and has performed and taught in more than thirty countries in Asia, Europe, America and North Africa. He is artistic director of the symphony orchestra ESMAE and Marcos Romão International Clarinet Meeting, and founding member of Opera Norte. Saiote is currently on faculty at the Escola Superior de Música e Artes do Espectáculo do Porto (ESMAE).

After graduating from Kunitachi College of Music, he studied at Conservatoire National Supérieur de Musique at Paris and won the first prize and awarded Leon Leblanc Award. He studied clarinet with Akira Tsunoda, Koichi Hamanaka, Kazuko Ninomiya, Kahori Takemori, Michel Arrignon, Allan Damian, and Jérôme Julien-Laferrière, and studied chamber music with Pierre Rolland Emar and Daria Hovora.
He won the 2nd prize at the 6th Japan Wood Wind Competition and at the 4th Japan Clarinet Competition (without the first prize winner), the 3rd prize at TOULON International Music Competition.
He is now the principal clarinet at NHK Symphony Orchestra and an active member of chamber music orchestras ‘Arcus’ and ‘Cinq Anche’. He teaches at Tokyo College of Music, Senzoku Gakuen COLLEGE of Music. 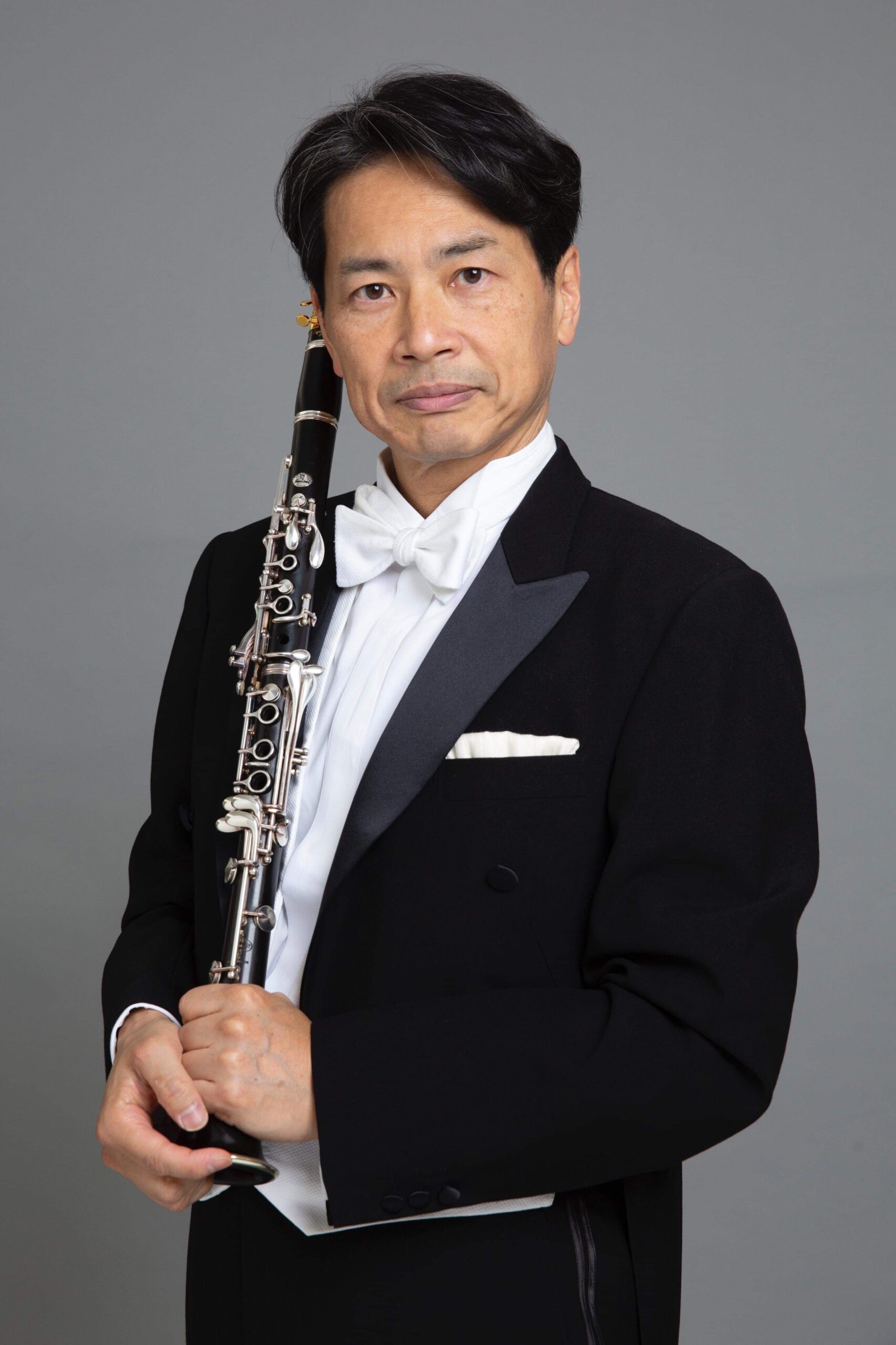